This is a data transfer system that transfers digital signals at 1.544 Mbps (quite a bit faster than a 56K modem, which maxes out at around 0.056 Mbps). Because of the T1’s large bandwidth, hundreds of people can access the internet from one T1 line. Many businesses and some colleges will use a T1 for their shared network services. However, too many users on one T1 line can cause dramatic decreases in data transfer speeds. For this reason, multiple T1s are often used.

A  dedicated physical circuit that uses high-speed media to transmit data, voice and video at the rate of 44.736 Mbps, and offers a broadband connection consisting of 672 individual channels of 64 kilobits each.

If a T1 connection just isn’t going to cut it for you, a T3 should do the trick, since the T3 line is almost 30 times faster than T1. NOTE: There is no such thing as a T2 line. (Perhaps there was some kind of legal dispute about it involving the copyright infringement of an upcoming T2 Spielberg movie. Sounds exciting! I’ll bring the popcorn.)

A tablet computer is a wireless personal computer with a LCD touchscreen display and a mobile operating system (os). Early tablet touch screens were designed to work with light pens, but most modern tablets support finger touch input. Most modern tablets are slightly smaller and weigh less than the average laptop or notebook PC and typically resemble larger modern smartphone with screens 7 inches (18 cm) or larger, measured diagonally. Technological advances in battery life, display resolution, handwriting recognition software, memory and wireless internet access have since made tablets a viable modern computing option. Today, the most common type of tablet is the slate style, like Apple’s iPad, Microsoft’s Surface or Amazon’s Kindle Fire. External keyboards are available for most slate-style tablets, and some keyboards also function as docking stations for the devices. Many tablets now support multitouch input, which allows users to perform gestures with multiple fingers, such as pinching an image to zoom out, or spreading your fingers apart to zoom in. Tablets without physical keyboards allow you to enter text using a pop-up keyboard that appears on the screen.

Transmission Control Protocol/Internet Protocol. (TCP/IP) protocols were developed in the early days of the internet by the U.S. military. The purpose was to allow computers to communicate over long-distance networks. The TCP verifies delivery of the packets. The IP involves the moving of data packets between nodes. TCP/IP has since become the foundation of the internet. Therefore, TCP/IP software is built into all major operating systems, such as Unix, Windows and macOS.

An encryption protocol included as part of the IEEE 802.11i standard for wireless LANs (WLANs). It was designed to provide more secure encryption than the notoriously weak Wired Equivalent Privacy (WEP), the original WLAN security protocol.

Tagged Image File Format (TIFF) is a graphics file format created in the 1980s to be the standard image format across multiple computer platforms. The TIFF format can handle color depths ranging from 1-bit to 24-bit. Since the original TIFF standard was introduced, designers have been making several small improvements to the format, so there are now almost 50 variations of the TIFF format. JPEG is the most popular universal format, because of its small file size and cross-browser internet compatibility.

The brains of your Viasat satellite dish. The TRIA manages the signals to and from our satellite to the modem in your home.

There is a story about the Trojan War from Greek mythology, which lasted many years because the Greeks could not penetrate the heavily barricaded city of Troy. According to the legend, a few Greek soldiers brought the people of Troy a large wooden horse as a peace offering. The horse was rolled inside the city walls, and after the people of the city went to sleep, Greek soldiers jumped out of the wooden horse, opened the gates to let their fellow soldiers in and took over the city. The moral of this story? Beware of Trojan horses and in the computing IT world, Trojan horses are more than just a myth.

Trojan horses can cause real damage to your computer and operating system. Trojan horses are software programs that masquerade as regular programs, such as games, disk utilities and even antivirus programs that can cause significant harm when opened. For example, a Trojan horse might appear to be a free virus scan, but once the program runs, it begins writing over certain parts of your hard drive, corrupting your internal data. These malicious programs are only dangerous if they are given a chance to run. Most antivirus programs can catch Trojan horses when scanning for viruses. Unlike viruses, Trojan horses do not replicate themselves, however, it is possible for a Trojan horse to be attached to a virus file that spreads to multiple computers via shared network.

As a general rule, do not open or run a program unless you know it is legitimate. This applies especially to email attachments with executable files. Even if you are pretty sure the attachment is safe, it is advisable to run the attachment through a virus scan program with the latest virus definitions just to be safe.

In computer internet IT terminology, a troll is a person who posts offensive or off-topic comments online. These comments are often made to incite arguments or emotional responses from other users. Trolling, may take place in online web forums or chat rooms, in blog comment sections and on social media.

Usernames provide trolls with hidden identities and, therefore, a sense of anonymity online. Trolls often type things they would not actually say in person. The anonymous nature of the internet gives trolls the capacity to post offensive comments without being held responsible. Fortunately, webmasters can typically delete unwanted posts and remove the accounts of the trolls that invade web forums and other online communities.

In turn-based combat games, game flow is partitioned into defined parts, called turns, moves or plays. The player is allowed a period of analysis (sometimes with a bounded allotted amount of timed, sometimes unbounded) before committing to a game action. This turn base ensures a separation between the game flow and the thinking process, which presumably leads to better choices before each move. Once every player in a turn-based game has made their move, that round of play is over, and any special shared processing is done. This is followed by the next round of play. In games where the game flow unit is timed, turns may represent periods such as quarter, period, half, days, weeks, months or even years of a turn-based game. Examples of turn-based games include board games (such as chess, Monopoly, Scrabble, etc.), casino games and puzzle games like Angry Birds, Candy Crush, Minecraft, Trivia Crack and Words With Friends.

A tweet is an update or post published by a Twitter user. It is similar to a blog posting, but cannot be longer than 280 characters. You may also include links, images, animated GIFs and videos with your tweet. When you publish a tweet, it will show up on your Twitter timeline (TL) and viewable to all the users that are following you. Similarly, when you log in to your Twitter account, you will see the most recent tweets of the users that you have chosen to follow, as well as current trending topics based upon your preferred location, city or country. Twitter users can read, like, reply and share your tweets (which is called “retweeting” or RT). If you want to highlight or feature specific keyword(s) or tag(s) you can do so by including a hashtag (#). For example, #GetViasat.

Twitch.tv is a live streaming video platform focusing on video game live streaming, including broadcasts of eSports competitions, in addition to music broadcasts, creative content and more recently, “in real life” streams. Content on the Twitch‘s website can be viewed either live video streaming or via video on demand.

Twitch is a paid service available to use via the internet at the Official Twitch.tv website or as a mobile app. It offers a free trail and is included with an Amazon Prime membership (see “Amazon Prime”).

A service that allows people to stay connected via online social media networking. Once you sign up for a Twitter account, you can post your own updates, or “tweets,” using a computer or smart device. You can also view the Twitter updates posted by other users that you are following. Since each tweet is limited to 280 characters or less, the updates must be short and sweet. However, you may tweet as often as you want, meaning there is no limit on how much information you can share. You may also include links, images, animated GIFs and videos with your tweet. Twitter users can read, like, reply and share your tweets (which is called “retweeting” or RT). This is a free social media networking service available to use via the internet at the Official Twitter.com website or as a mobile app. 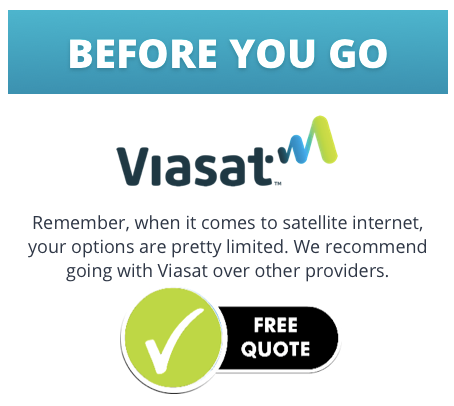